Who’s who and what’s what in God’s courtroom 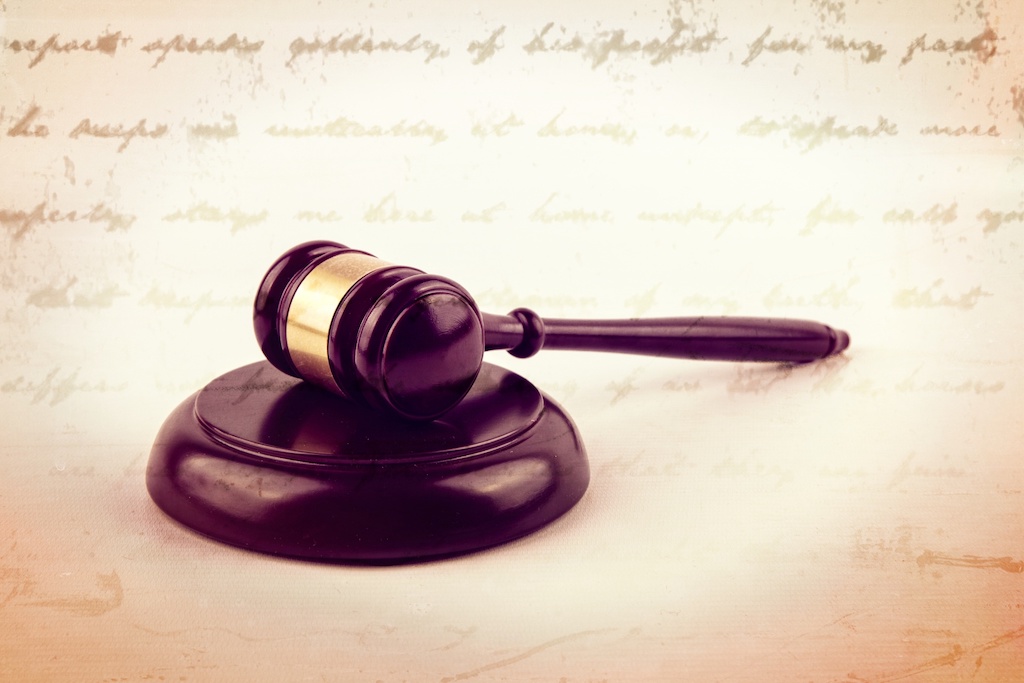 After all the horrors they’ve been subjected to over the centuries it’s remarkable that the Jews people remain a distinct group of people. Many Christians point to the existence of the Jews as evidence that God exists and keeps the promises he’s made for very good reasons.

However, in our enthusiasm for the idea that the Jewish people are evidence God exists we sometimes read the concept into passages which are about something else altogether. An example of this is the way we handle the description of God’s courtroom in Isaiah 43:8-13. The phrase in question is the well-known, “You are my witnesses, says the LORD…”

To illustrate the point, here’s what one well-meaning individual recently said about the passage:

‘God is saying of the nation of Israel, “you are witnesses – you are my evidence that I exist.” ’

What’s wrong here? It’s this: the idea of a witness is being conflated with the idea of evidence.

Let’s use a couple of examples to get our terms straight:

In a court room, the witness may make statements about what they saw or heard; the prosecutor may produce evidence that the crime took place and that the accused is guilty of it. And courtroom is what we’re dealing with in this passage. Just look at the language:

8 Bring forth the people who are blind, yet have eyes, who are deaf, yet have ears! 9 Let all the nations gather together, and let the peoples assemble. Who among them declared this, and foretold to us the former things? Let them bring their witnesses to justify them, and let them hear and say, “It is true.”
10 You are my witnesses, says the LORD, and my servant whom I have chosen, so that you may know and believe me and understand that I am he.
Before me no god was formed, nor shall there be any after me. 11 I, I am the LORD, and besides me there is no savior. 12 I declared and saved and proclaimed, when there was no strange god among you; and you are my witnesses, says the LORD.
I am God, and also henceforth I am He; there is no one who can deliver from my hand; I work and who can hinder it? – Is 43:8-13 (NRSV)

God called the nations to come forward as witnesses that their gods are the true god. He then turned to the Israelites and told them that they were his witnesses. In verse 12 God explained that when there was no “strange god” among the Israelites he’d gone about declaring, saving, and proclaiming – activities the Israelites had witnessed.

And that’s the point. The Israelites had witnessed God’s work. They’d seen it with their own eyes.

Why did God set the Israelites up as his witnesses? He explains in the very next phrase: so that you may know and believe me and understand that I am he. God ensured that the Israelites had seen him declare, save, and proclaim so that they would believe that he was God.

The passage is quite clear: the Israelites were witnesses because they’d seen God act, and, having seen they were expected to believe. The passage has nothing to do with the Israelites themselves being evidence of God’s existence.

What’s the point of all this? Well, it’s this: we ought to be careful about what passages we appeal to when we want to make a point. Like the Bereans we should examine the scriptures “to see whether these things were so”. If they were commended for reacting this way to Paul’s preaching, we should certainly do the same for our own.

Why? Because, as was said of those in Berea, Many of them therefore believed. People may make important decisions based on how well we have handled the scriptures.

So, let’s handle the scriptures carefully, reading what they actually say, and not reading into them what we think is there. Let’s let’s double check every claim we make, ensuring we speak truth. Finally, let’s compare notes with others who have different interpretations to make sure we haven’t missed anything.

We hope to see this site become a trusted source of spiritually valuable material and aim to provide a range of quality articles for both to our Christadelphian community and others on matters of faith. This blog is a project of a group of likeminded individuals who believe true faith in Jesus Christ is marked by positive, practical results in the lives of others.